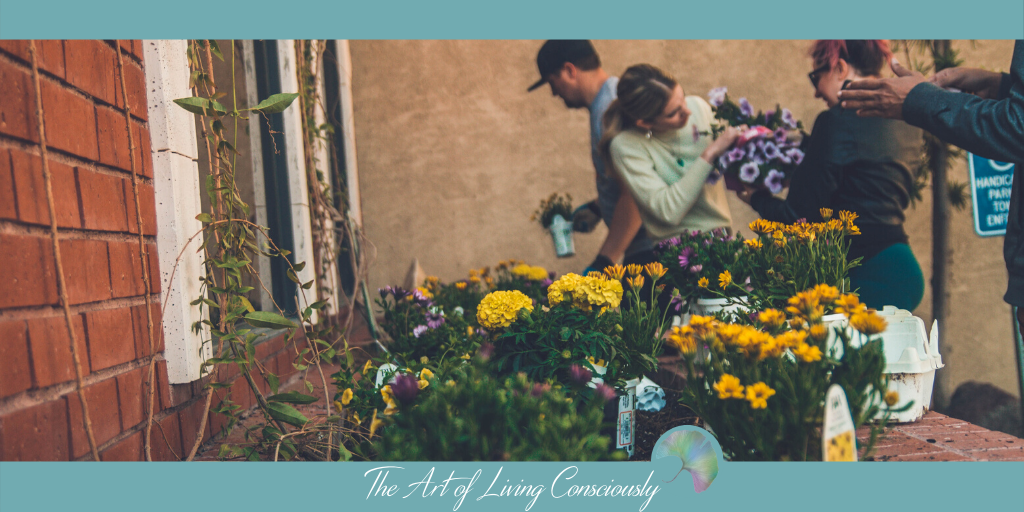 I recently taught my annual New Year’s Reflection workshop, and one of my favorite parts of that workshop is reflecting on the previous year.

In this workshop, I asked the participants to think back on how they contributed and gave to the world around them in the previous year. This could include helping neighbors, donating money, volunteering, etc.

Then we ranked those actions on a scale of 1-3 according to how much we gave of ourselves, with 3 being the lowest level and 1 being the highest.

Here are some examples of different actions at each level.

While these actions benefit others and I encourage you to do them, they are low stakes activities because they require very little time, money, or commitment from us.

For example, a group I belong to gave gifts to a family in need at Christmas. I asked the group members how they would rank this activity, and I was surprised when they ranked it as Level 3. Even though it required people to go to the store, purchase gifts, wrap those gifts, and deliver them, they felt there wasn’t much sacrifice on their part or direct human-to-human interaction.

These actions require more of us than a Level 3 action, but they’re still a relatively small commitment.

Level 1 requires the largest commitment from us and the most valuable things we can give: our time, our attention, and our love.

For example, if your neighbor has health problems and needs frequent rides to the doctor and help with tasks like housekeeping and grocery shopping, that could be a Level 1 commitment not only because it requires a lot of your time, but an emotional commitment as well.

Level 1 giving could be helping someone through a rough time. It could be teaching or giving in big ways. It’s doing things that aren’t always convenient or easy.

It’s messy, and one of the biggest reasons why we sometimes resist giving on this level is because we don’t want to get emotionally involved.

If you help someone on that level, they now have meaning to you and you’re an integral part of their life, not just dropping off some gifts at Christmas.

The more we put into giving, the more we get out of it if we do it without attachment to the outcome.

This makes me think of a story I read recently about a man who was in Atlanta about a year and a half ago. He got an Uber ride and the woman who drove him was a single mother with three boys. She was working two jobs and trying to go back to school, but she couldn’t re-enroll because she owed some money on past tuition.

This man took it upon himself to go to the school and pay off her tuition. They wouldn’t take a check, so he even had to go to a bank to get the cash.

That act could have been a Level 2 or 3 on its own, but he went beyond that. He became friends with the woman and ultimately, they became close and the relationship became mutual and reciprocal. They have both benefited and his act of service led to a transformation in both of their lives.

In reality, we are not separate from each other. Any giving that feels like a sacrifice is probably not a sacrifice in the long run, because we cannot help others without also helping ourselves. This doesn’t mean we only give with intent to receive.

This man didn’t step into the Uber with the intent to give to anyone. They were just getting to know each other as human beings.

Yes, he did pay off her tuition, but that human connection is the important part. That connection is what ultimately changes lives.